If you’ve ever met the three of us you know one thing for sure – we love Taylor Swift. If you haven’t met any of us, we apologize in advance for the amount of Taylor spam this blog will eventually have.

The three of us are very different. Sure, we have things in common; every good friendship does. But those things pale in comparison to our devout love of Tay. We could go on forever, but just know, we have major girl crushes on Taylor Swift and her music. None of us can remember exactly how we stumbled upon our shared love, but we’re very thankful we did. 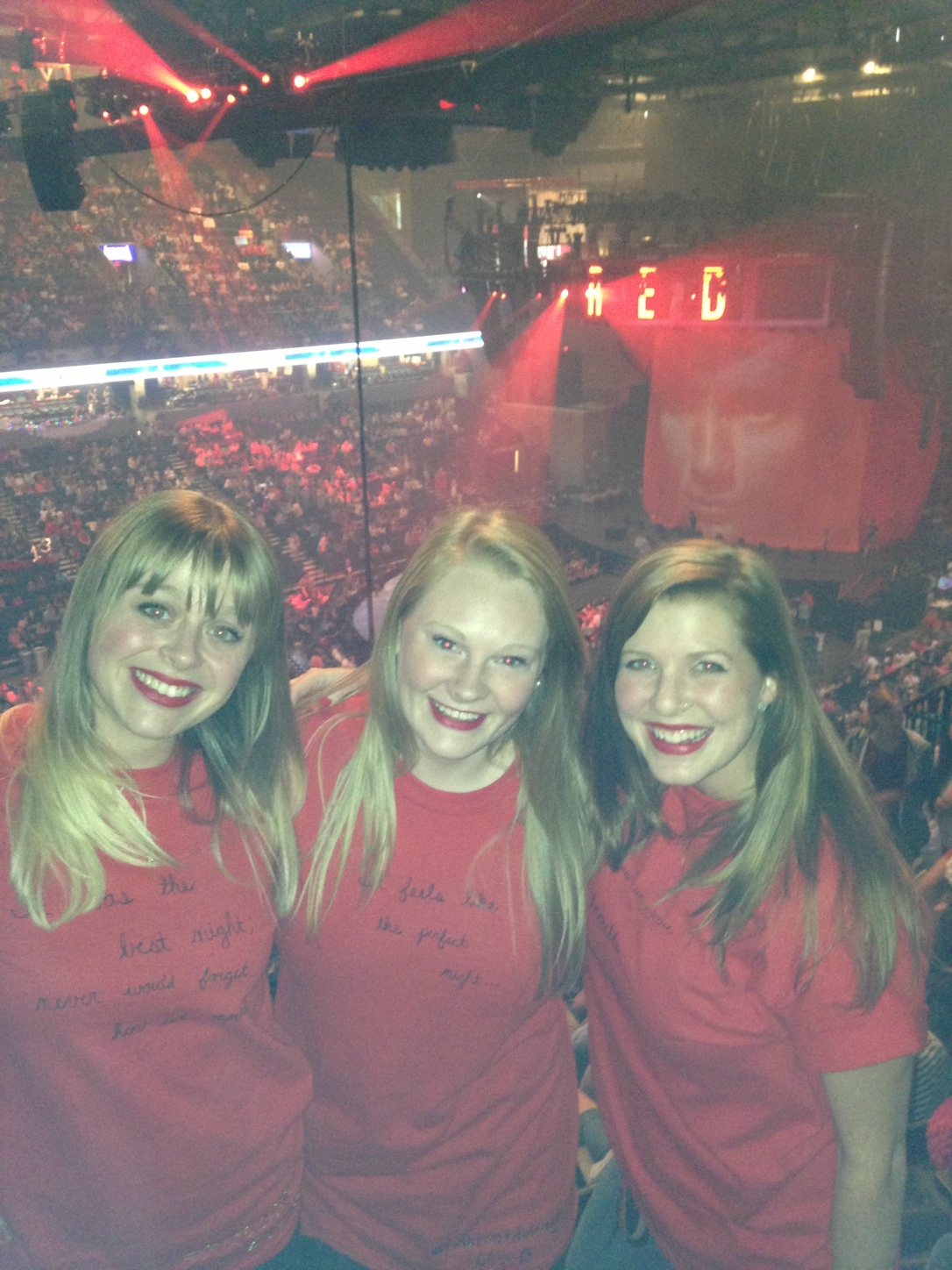 Back in 2013 during the Red era (Google it if you’re not sure what we’re talking about), Chelsea and Kylie decided to surprise Ashley with the idea of going to see Taylor in concert and we all agree, it was the best idea they’ve ever had. *Kylie went on to have an even BETTER idea, but that’s coming later.* So the three of us bought tickets and went up to Charlottesville, Virginia for our very first Taylor Swift concert. It was rad, beautiful magic. We had a blast, posted about how much fun we had on social media, and then went back to living our normal lives. 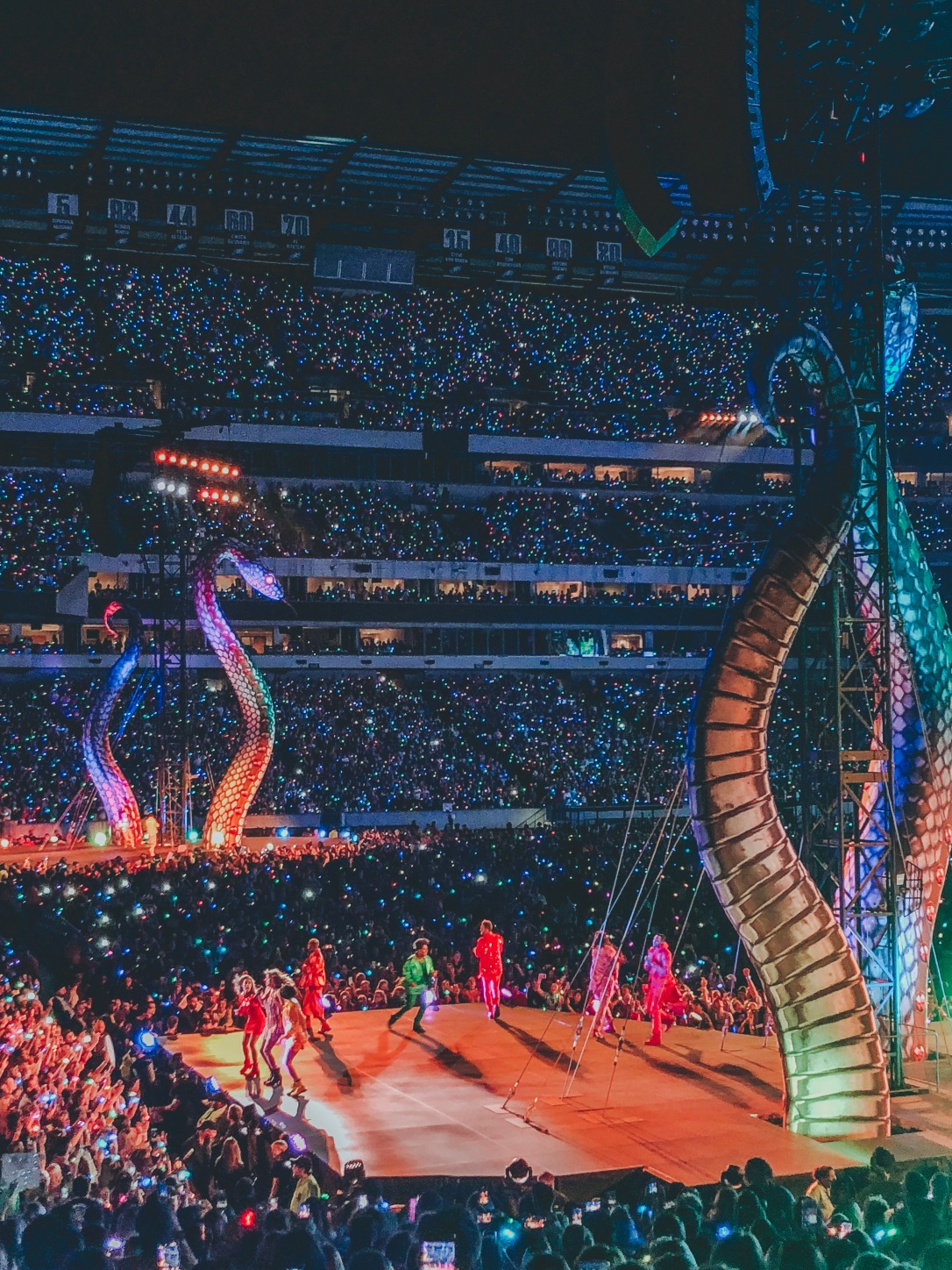 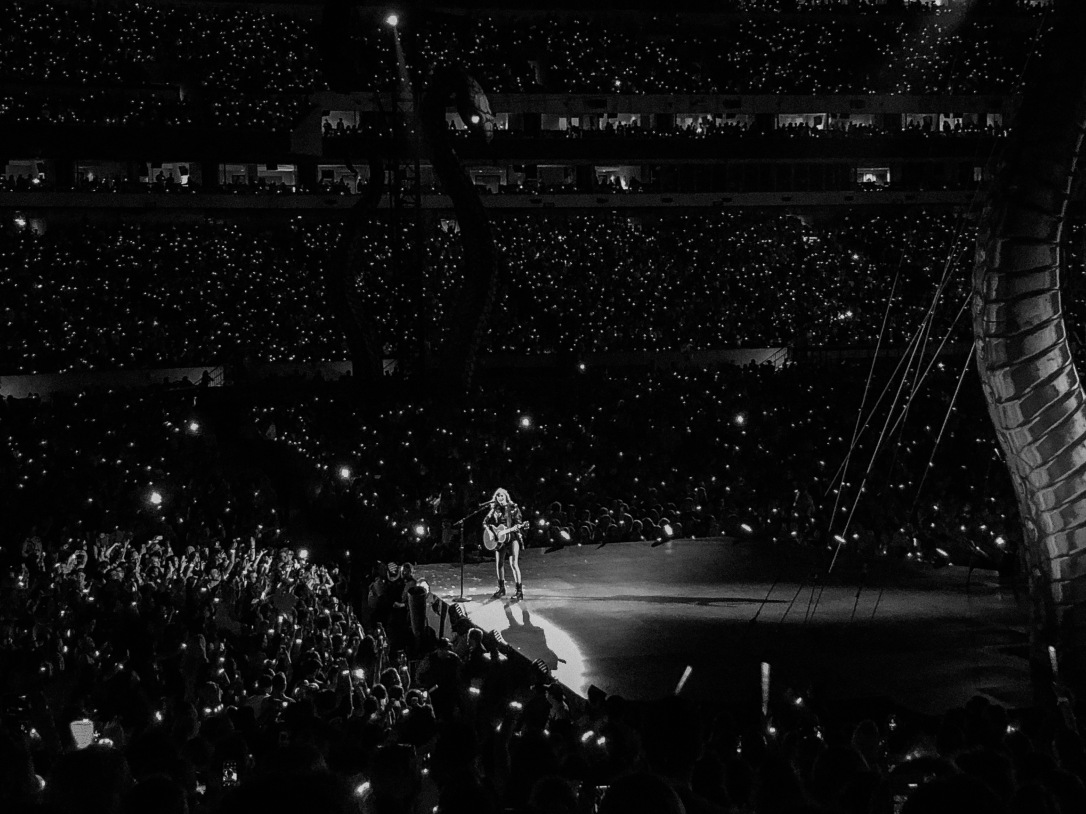 Flash forward (and we’re taking on the world together) to 2017. Taylor releases Reputation. Her most controversial album yet, and we are hooked. We love it and when she announces she’s going on a tour we KNOW we have to go. Tickets go on sale and it looks like Kylie isn’t going to be able to go to any of the shows close by due to prior engagements. Clearly we are all devastated but when one of us can’t go, none of us can go (solidarity sisters). Christmas rolls around and although we haven’t forgotten about the show we’ve all moved on with regular life. Christmas morning comes and Ashley (in Florida with her in-laws) keeps getting texts from Kylie and Chelsea wondering if she’s opened her presents yet.

FREAKING KYLIE PLANNED AN ENTIRE ROUSE WITH CHELSEA AND ASHLEY’S HUSBANDS TO BUY THEM TAYLOR TICKETS IN SECRET AND GIVE THEM TO THEM AS CHRISTMAS PRESENTS. *Even better idea Kylie had.*

So long story short, last weekend, the three of us drove up to Philadelphia to see Taylor at one of her hometown shows. Remember how last time we had blast but then went back to normal life? We just don’t see that happening after this show. She was phenomenal. The amount of times we’ve said, “That was so much better than we could have imagined…” is ridiculous (perfectly ridiculous to be exact). We won’t go into too much detail in case someone who is going to this tour is reading this post, no need to spoil the magic, but just know that our lives were changed. Taylor, if by any chance you ever read this, thank you. Thank you for writing the music your write, signing the songs you sing, dancing the way you dance, and for always being yourself even when everyone is telling you how wrong that is. We love you and will forever be grateful for you and your Saturday night Reading, Pennsylvania show – flying sparkly basket or not.

Chez is going to be a mom in just TWO months! We have a post coming this weekend all about her baby shower, but until then make sure you catch up on our most recent posts! - - - - - - #linkinbio #perfectlyridiculous #blog #blogger #virginiablogger #virginiabeach #lifestyleblogger #momlife #mothertobe #momtobe #pregnant #bumpstyle
Looking into 2019 like... We just posted a blog with our reflections on 2018 as well as our goals/resolutions/focuses for 2019! Do you set New Years Resolutions? Do you have tips on keeping them longer than January? We want to know!! •••••••••• - - - #perfectlyridiculous #blogger #virginiabeach #virginia #virginiablogger #lifestyleblogger #newyearsresolution #goalsetting #newyearnewme #2019goals
Happy Thanksgiving! We’re all thankful for so many things today, but we’re incredibly thankful for YOU. Thank you for being our biggest supporters and friends. May this day be filled with family and love! Check out our IG story for an inside look at our different Thanksgivings today!
Me looking at the cheese board & desserts on Thanksgiving...
Who can guess what dance @chelseaburnette had just attempted before this photo was snapped?
We take our pumpkin picking very seriously...